Artifacts from the First Temple period are extremely rare 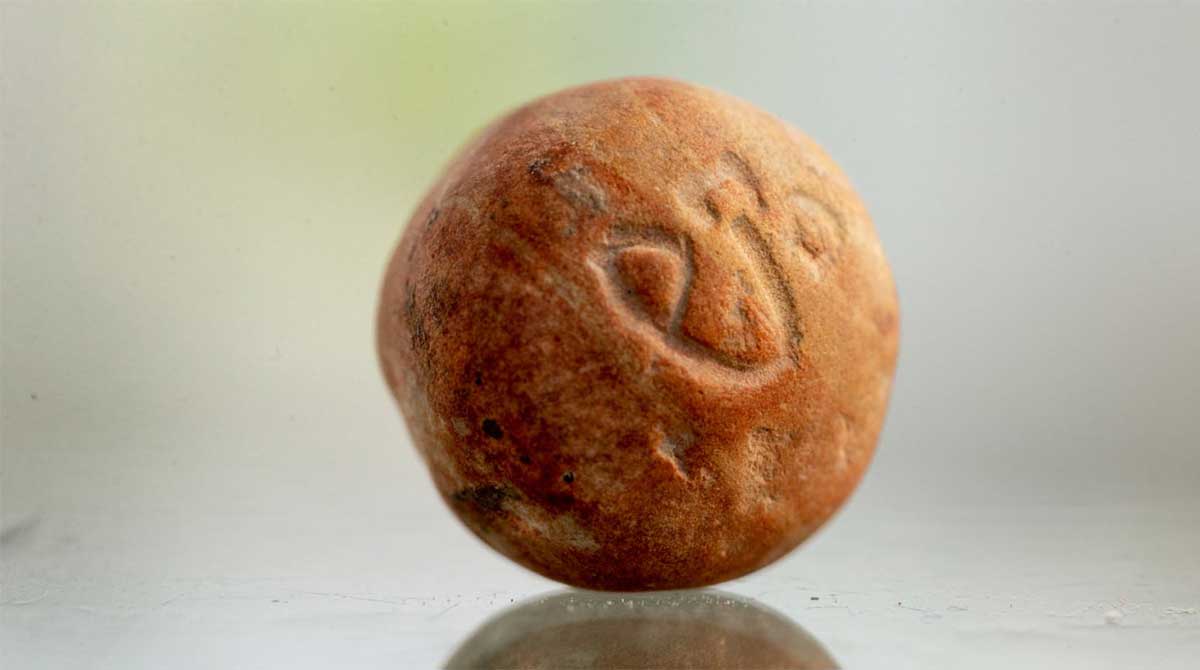 Another First Temple Weight, This One With Mirror Writing, Found in Jerusalem Sifting Project.

This tiny stone weight found by the foundation stones of the Western Wall may have been used in the First Temple itself, if users were unfazed by its backwards engraving.

Artifacts from the First Temple period are extremely rare, especially in Jerusalem. Yet now archaeologists report finding a second stone weight from that era that may well have been used in Solomon’s Temple itself.

These stone weights, called bekas (singular – beka) were used on scales to ascertain the value of worshippers’ donations.

This second beka was found while sifting archaeological soil taken from the foundations of Robinson’s Arch at the Western Wall. This is the last remnant of the wall that had surrounded the Second Temple courtyard.