The Twelve Districts of Solomon 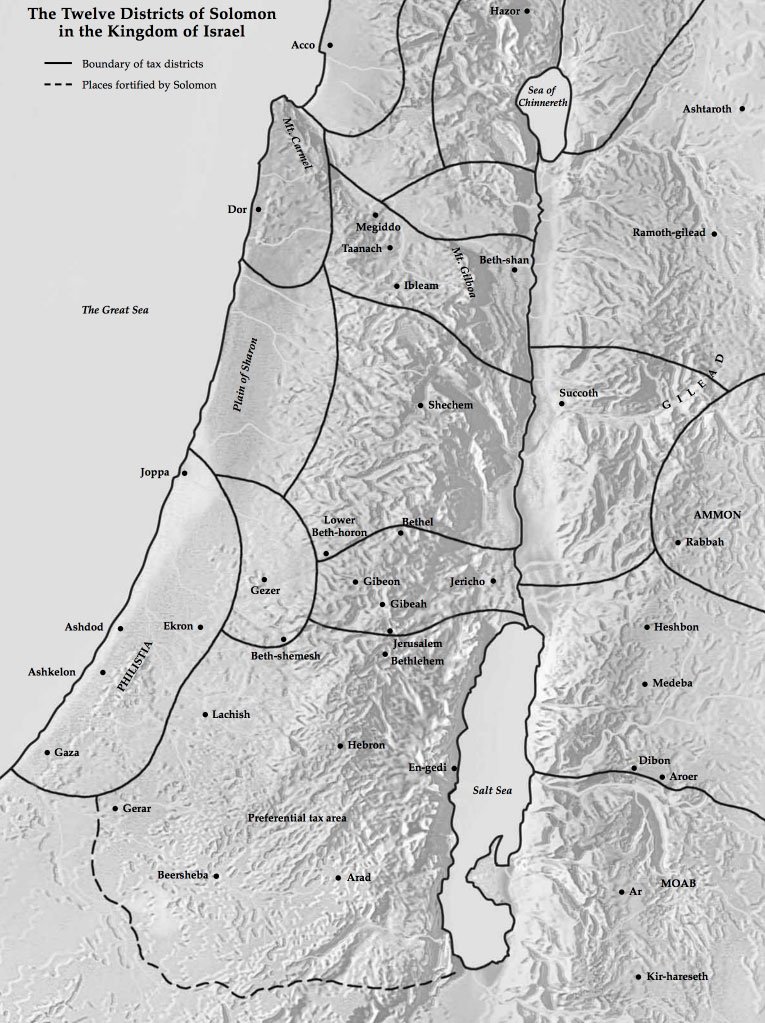 Arubboth (Sokoh and all the land of Hepher were his)

Naphoth Dor (he was married to Taphath daughter of Solomon)

Taanach and Megiddo, and in all of Beth Shan next to Zarethan below Jezreel, from Beth Shan to Abel Meholah across to Jokmeam

Ramoth Gilead (the settlements of Jair son of Manasseh in Gilead were his, as well as the region of Argob in Bashan and its sixty large walled cities with bronze gate bars)

Naphtali (he had married Basemath daughter of Solomon)

Asher and in Aloth

Gilead (the country of Sihon king of the Amorites and the country of Og king of Bashan). He was the only governor over the district.

Solomon’s realm was divided into twelve districts, each regularly paying tribute. The tribe of Judah was apparently exempted from this tax, thus allowing Solomon to strengthen his hold over his own tribe. However, this also deepened the tension between Judah and the other tribes, a tension which would erupt after Solomon’s death, during the reign of his son Rehoboam.

1 Kings 4:7-8
7 Solomon had twelve district governors over all Israel, who supplied provisions for the king and the royal household. Each one had to provide supplies for one month in the year. 8 These are their names: