Events in the Life of David

“So Samuel took the horn of oil and anointed him in the presence of his brothers, and from that day on the Spirit of the Lord came powerfully upon David.” 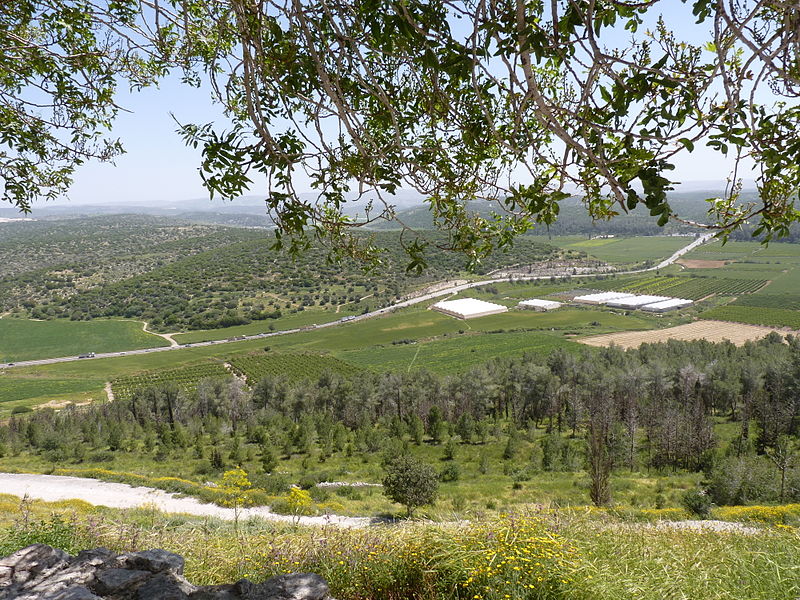 Of all his outstanding military successes, the most memorable victory of the Israelite King David was his one-to-one contest with Goliath, the Philistine ‘champion’ of Gath, in c.1012BC. The event is presented in popular folk history as the epitome of the defeat of the military ‘giant’ by the young and inexperienced ‘underdog’. In reality, the truth is rather different.

Contrary to popular belief, the Bible does not suggest that David was a ‘boy’. While both Saul and Goliath looked on David as young and inexperienced (see 1 Samuel 17:33 & 42), he was probably a young man in his twenties when he defeated Goliath. Although the youngest of eight sons, he is not described as a child. Indeed, we are told that David was 'a brave man and a warrior', and a 'fine-looking man' who had killed a bear by seizing its fur and striking it dead (see 1 Samuel 16:18 & 17:35). He had already served as Saul’s trusted armour-bearer when he challenged the Philistine ‘champion’ to a single-handed combat (see 1 Samuel 16:21). Immediately after his successful confrontation with Goliath, Saul gave David a high rank in the Israelite army, commanding a thousand men (see 1 Samuel 18:4-6 & 13).

David’s chosen weapon  – a sling – is often likened to a child’s toy catapult. But the sling shot was a very accurate and effective piece of military equipment in David’s day, and David was evidently well trained in its use (even if Goliath sneered that, without the heavy armour that kings wore, his adversary appeared to be ‘little more than a boy’). In reality, David was able to strike a deadly blow before coming within range of Saul’s spear and javelin. In later times, all front rank auxiliary soldiers of the Roman army were armed with slingshots. They launched the first wave of missiles well before the next rank of soldiers was close enough to throw their spears and javelins at the enemy.

After David’s defeat of Goliath struck terror into the Philistines, the Israelites pursued their foe all the way to Gath, where the demoralised enemy regrouped behind the safety of their city walls (see 1 Samuel 17:51-52). Having fallen out of favour, David spent sixteen months fighting as a mercenary soldier under the pay of King Achish of Gath immediately before his former employer, King Saul, was killed by the Philistines at the Battle of Gilboa (see 1 Samuel 27:2-7). The Philistines were eventually defeated by David’s army eight years later at Baal Perazim, and David conquered Gathshortly afterwards (see 2 Samuel 5:17-25 & 1 Chronicles 18:1). Later, David counted ‘Gittites’ (men from Gath) among his friends (see 2 Samuel 6:10, 15:19 & 18:2) and employed six hundred Gittites as merceneries in his army (see 2 Samuel 15:18).

After the death of King Solomon, Solomon's son Rehoboam renewed the fortifications at Gath (see 2 Chronicles 11:8), but it was captured by King Hazael of Damascus in 811 BC (see 2 Kings 12:17). The walls of Gath were demolished by King Uzziah of Judah in c.760BC (see 2 Chronicles 26:6), and it was conquered by King Sargon of Assyria shortly afterwards.

Excavations since 1996 at Tell es-Safi, in the Elah Valley half way between Jerusalem and Ashkelon, have revealed remains of the ancient city of Gath. Gath (meaning a ‘winepress’) was situated on a well-defended white chalk cliff overlooking a fertile valley where many vines grew, and remains of a winepress cut into the rock can be seen nearby. Evidence of the repeated destruction and re-building of Gath’s fortifications during the Late Bronze Age and Early Iron Age confirms the sequence of events recorded in the Bible narrative.