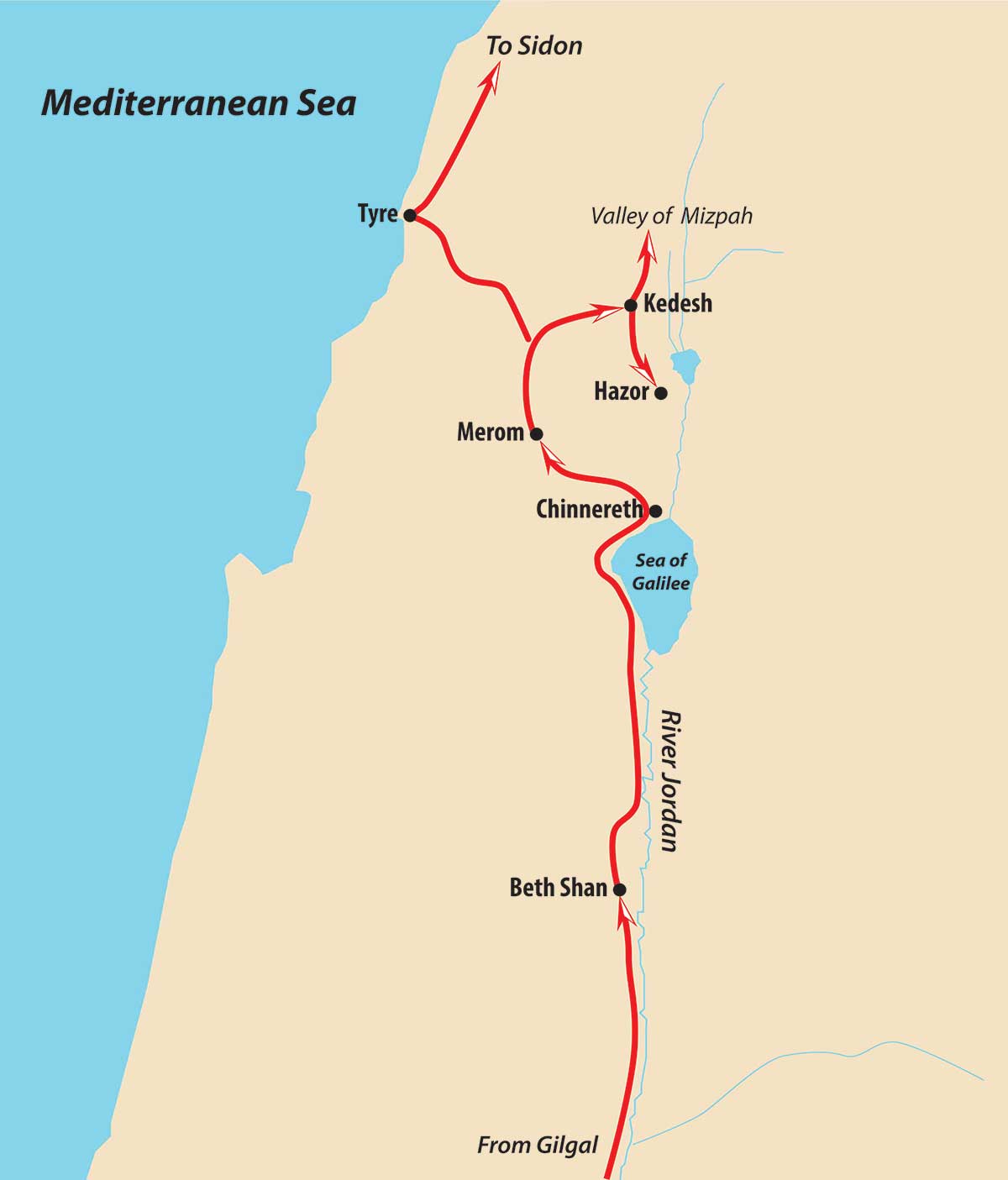 After capturing central and southern Canaan, Joshua took his forces northward to Hazor.

Josh 11:1-4    In c.1405BC, the kings of the north join forces to attack the Israelites. They include King Jabin of Hazor, King Jobab of Madon, the kings of Shimron and Achshaph, kings of the northern hill country in the mountains west of Lake Kinnereth (meaning ‘the harp’ – the Sea of Galilee) and on the coast near Dor, and the Hivites below Mt Hermon near Mizpah.

Josh 11:5-9    Joshua approaches their camp at the Waters of Merom (Lake Merom, north of the Sea of Galilee) and launches a surprise attack. The Israelites win a resounding victory and pursue the enemy as far as Misrephoth Maim, Sidon and the Valley of Mizpah. 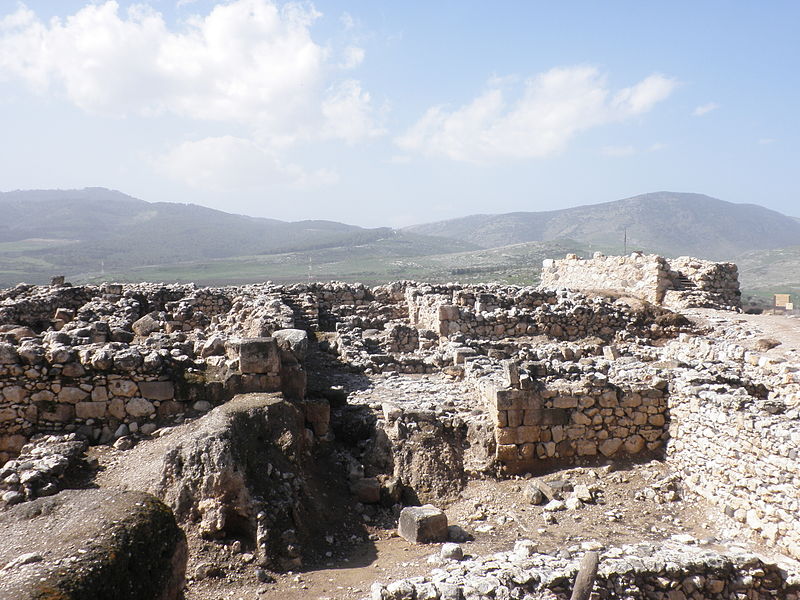 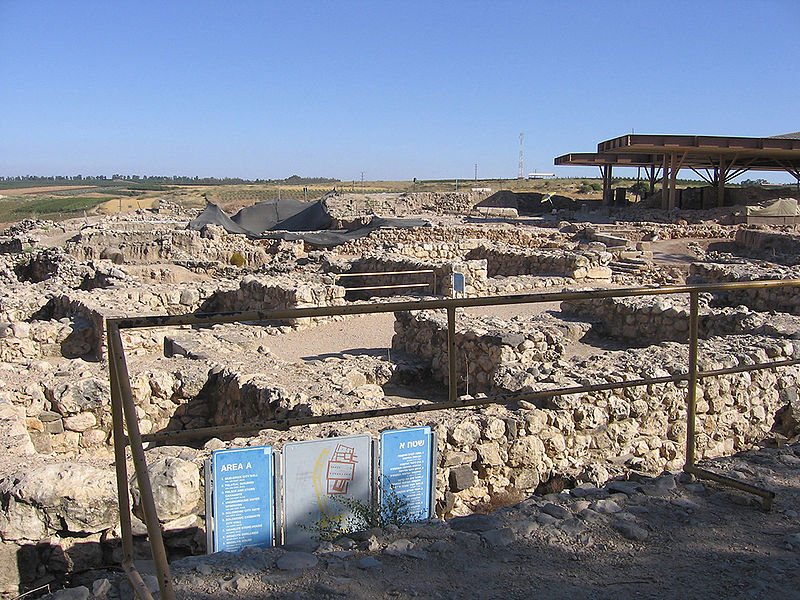