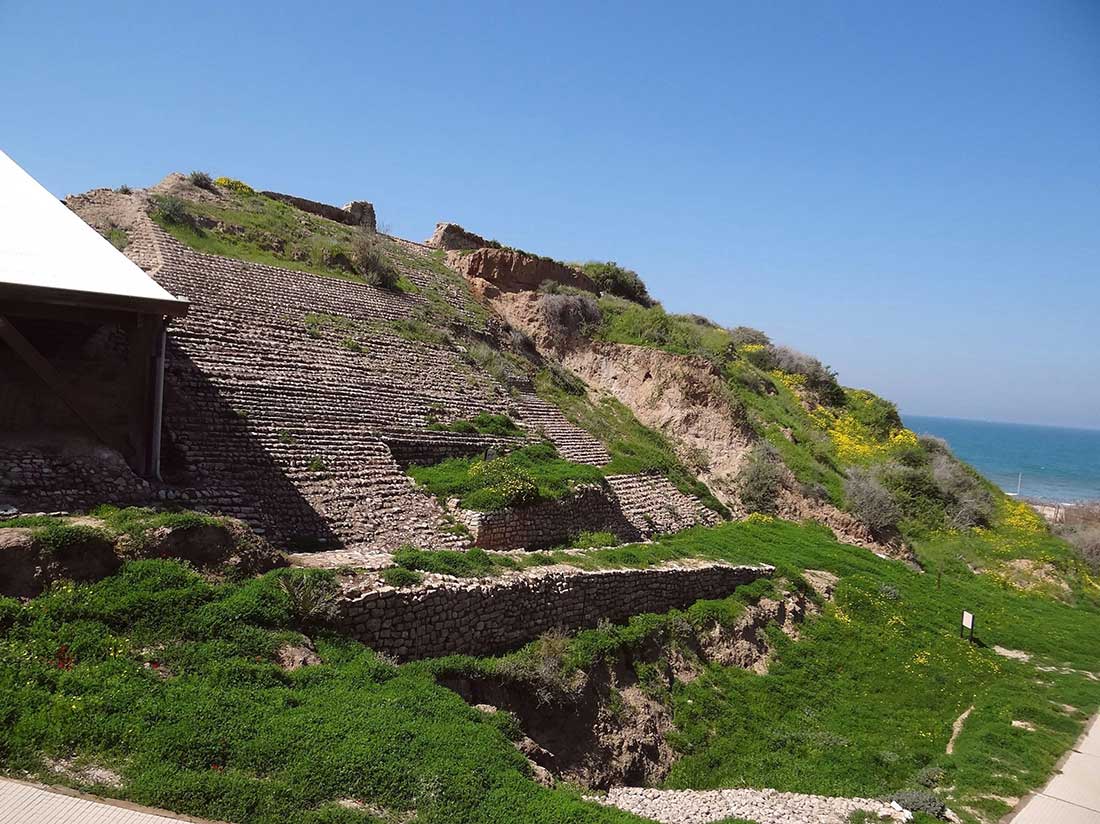 The excavated remains of the rampart and gate at the site of Ashkelon on the southern coast of Israel. During the early Iron Age, Ashkelon was one of the five cities of the Philistines. Credit: Hanay, CC BY-SA 3.0, via Wikimedia Commons

The Philistines, who enter the biblical scene around 1200–1000 B.C.E., are often thought of as a powerful invading force that ruthlessly subjugated the nascent Judahite kingdom. According to a new study published in the Jerusalem Journal of Archaeology by archaeologist Daniel Master of Wheaton College, however, both archaeological and biblical evidence indicate that the Philistines were more likely opportunistic raiders than a well-organized military force bent on conquest and occupation.

Excavations at the Philistine coastal city of Ashkelon have revealed that Philistine fortunes were quite bleak during the 11th century B.C.E., roughly corresponding to the period of the biblical Judges, when the Bible says the Philistines frequently attacked the Israelite tribes in the neighboring hill country. Instead, the archaeological remains of 11th-century Ashkelon indicate the Philistines were not nearly powerful enough to invade and conquer the hill country.

In addition, a close examination of the biblical accounts of Philistine incursions reveals them to be raiders, not conquerors. The Philistines and Judahites frequently fight in open territory, not in prolonged battles or sieges. Master also points to the Philistine attack on the town of Keilah in 1 Samuel 23:1–5, where “the attack is specifically on the threshing floors, not on the city itself, despite the fact that the city is so close to Philistia proper.” Finally, after losses, the Philistines retreat to their own territories along the coast rather than to fortified positions within Judah. Master argues, therefore, that both the archaeological and biblical evidence indicate that the early Philistines were not conquerors but rather brigands who aimed to extort and plunder the seasonal harvest of the Israelite tribes.

According to Master, the main impetus for the Philistine raids was likely the final withdrawal of the Egyptian empire from Canaan at the end of the 12th century B.C.E. The Egyptian withdrawal would have caused the collapse of many of the trade routes that formerly passed by the coastal city. Needing a new source of income, the Philistines turned towards the fertile highland, looking to plunder the poorly defended Israelite villages in the hill country. This situation did not last long, however, as towns and villages in the hill country soon fortified themselves against the Philistine threat. As Master argues, this may have been the very threat that forced a small clan from Bethlehem, under a leader named David, to occupy the fortified stronghold of Jerusalem.