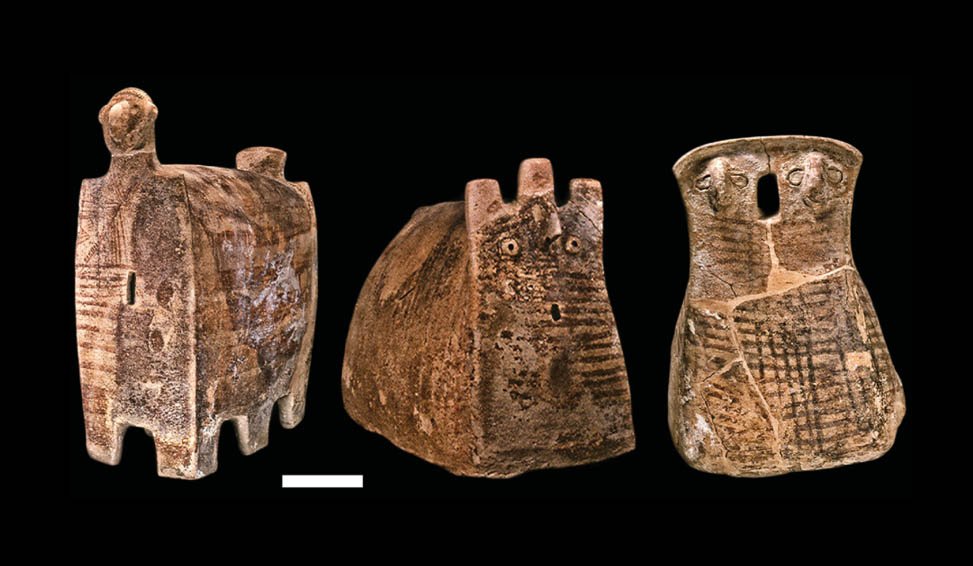 Around 6,500 years ago, humans migrated from modern-day Turkey and the Zagros mountains of Iran to Israel’s Upper Galilee region, helping to introduce cultural changes in the southern Levant during the Late Chalcolithic period. So says a new DNA study recently published in Nature Communications by researchers from Tel Aviv University (TAU), the Israel Antiquities Authority (IAA), and Harvard University. In one of the largest DNA studies carried out in the ancient Near East, the researchers conducted whole-genome analysis on 22 skeletons from Peqi’in Cave in northern Israel.

Excavated in 1995, Peqi’in Cave revealed Late Chalcolithic burials of about 600 individuals in some 200 ossuaries as well as scores of grave goods.

In “Death in Peqi’in” in the Fall 1998 issue of Archaeology Odyssey, archaeologists Zvi Gal, Howard Smithline, and Dina Shalem describe their discovery at Peqi’in Cave. The excavation was conducted on behalf of the IAA with the assistance of the Peqi’in Local Council:

Among the thousands of bones in this stalagmite cave lay elaborately molded ossuaries, anthropomorphic sculptures, elegant ceremonial bowls and an ivory figurine. The Peqi’in cache includes artworks reflecting the styles of several different subcultures in Chalcolithic Palestine once thought to have existed in relative isolation from one another.

The abundant, well-preserved evidence in Peqi’in Cave offered researchers a chance to study Chalcolithic peoples and their material culture.

“The study resolves a long debate about the origin of the unique culture of the Chalcolithic people,” explained Dr. Dina Shalem, one of the co-authors of the study, in a TAU press release. “Did the cultural change in the region follow waves of migration, the infiltration of ideas due to trade relations, and/or cultural exchange, or [was Chalcolithic culture a] local invention? We now know that the answer is migration.”

“The genetic analysis provided an answer to the central question we set out to address,” said co-author Dr. David Reich. “It showed that the Peqi’in people had substantial ancestry from northerners—similar to those living in Iran and Turkey—that was not present in earlier Levantine farmers.”