Which Altar Was the Right One in Ancient Israelite Religion? 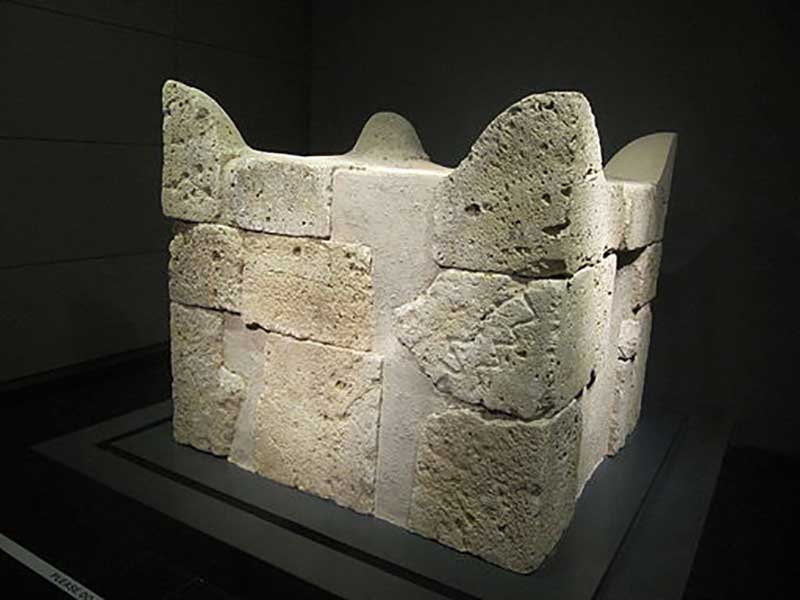 Four-horned altars, such as this reconstructed one from Beersheba, have been found throughout Iron Age Israel, but is it the orthodox one according to the Biblical text? What do Iron Age altars tell us about Biblical sacrifices and worship in ancient Israelite religion? Photo: Tamarah/Wikimedia Commons.

What do Iron Age altars reveal about Biblical sacrifices and worship?

The Bible contains many detailed sections regarding worship and the proper ways in which to conduct worship. These pronouncements go beyond instructions on how to worship both in spirit and in content, but also how to design the physical space for worship. In ancient Israelite religion, what kind of altar was used to make Biblical sacrifices?

Archaeological excavations throughout Israel have uncovered two types of altars for Biblical sacrifices in the Iron Age: the four-horned altar and the simple earthen altar. The four-horned altars are made of carved stones with a flat top and a pointed “horn” at each of the corners. The earthen altars are comprised of uncut stones and packed earth. Which one was the “correct” altar in ancient Israelite religion? Archaeologist Casey Sharp explores the evidence in his Archaeological Views column “Alternate Altars” in the November/December 2015 issue of Biblical Archaeology Review.

Remnants of the four-horned altar have been found in excavations conducted at Iron Age temples and religious spaces at Tel Dan, Gezer, Shiloh, Shechem, Dothan, Kedesh and Megiddo in northern Israel. Four-horned altars were also found in Philistia around the seventh century C.E., the period following the Assyrian conquest and destruction of the northern kingdom of Israel. These intriguing structures for Biblical sacrifices seem to find parallels in the Books of Kings and Chronicles as well as in Exodus 27:1–8.

Excavations at Iron Age sites located in the southern kingdom of Judah, however, have revealed a different picture of ritual sacrifice and worship in ancient Israelite religion. In the Iron Age temple at Arad in the Negev and in a sacred area at Tel Motza outside of Jerusalem, archaeologists discovered earthen altars. This type of altar is attested in Exodus 20:24–26 and Deuteronomy 27:1–8.

What do we make of these altars? What do they reveal about ancient Israelite religion?

“[The] descriptions [of four-horned altars and earthen altars] in the Bible do match the archaeological remains,” says Sharp. “The altars uncovered in this archaeological context reveal religious differences between the northern and southern kingdoms in Israel (and Philistia). They also show us a point of tension between the sources of the Bible and their respective visions for ancient Israelite religious practices.”

How the material remains from the ground match the descriptions in the Biblical texts is at the heart of Biblical archaeology. The existence of Iron Age altars, however, seems to conflict with the Bible’s mandate that centralized worship and sacrifice take place only at the Jerusalem Temple (e.g., Deuteronomy 12:2–27).

“We should remember [though] that the Bible’s laws present the ideal practices of ancient Israelite religion,” says Sharp. “Actual practice may have been very different.”